Toward a critical theory of EDM

Yesterday, Netflix included in my “Top Picks” queue the Cameron Crowe film about rock n’ roll stardom (and journalism), “Almost Famous.” I had already seen it, but, given the recent arc of my blog posts about criticism, I thought I’d give it a second pass. It seemed so dated, despite being less than 15 years old.

Criticism
Of course, calling it dated isn’t fair, since it is fictionalizing the excesses of a band on the road in the 1970s. The period-piece aesthetics were fine, but what really stood out was the entire mythology around rock music: the preeminence of the album as an artistic statement, the deference to print magazines like Rolling Stone that pioneered rock criticism, the presence of Lester Bangs, etc. Does anyone anymore await the release of a new Kanye West or deadmau5 album, reading the write-ups from Rolling Stone, Spin or even Web-first outlet like Pitchfork before making a buying decision? Did they ever (with earlier artists)?

There is almost nothing as strange about rock music as the criticism industry that grew up around it. The star system (like Rolling Stone uses), the longform essays (a la Pitchfork, esp. in its early years), the constant need to situate specific albums as the “greatest” (Rolling Stone has plenty of these the “500 Greatest ___” lists), and, above all, the amazing blowback that one can get on message board if she questions the “fact” that Pink Floyd is listenable, for instance.

Searching for “[rock album title] review” leads one to a black hole of online magazine write ups that may talk about one or two songs and then editorialize about whatever, plus the usual Amazon reviews. Reading any of these reviews brings out perhaps the most antiquated idea in “Almost Famous”: that one can be a “music journalist.”

Vinyl
Back to buying, though: I remain skeptical that the vast critical arm of the rock n’ roll industry ever made a dent in sales. Just go through any collection of vinyl LPs in a Baby Boomer’s home or at a thrift store – they’re filled with Led Zeppelin and Queen albums that were panned at the time, as well as minor works of Genesis, Jackson Browne and others that didn’t move the critical needle even back then.

However, visit a new age vinyl shop, like Reckless Records in the Chicago Loop, and the setup is a bit different. There’s the Arcade Fire, Death From Above 1979, and other works that have borne up almost completely on the back of favorable indie Web criticism, written by part-time enthusiasts who have about as much acumen and experience as William Miller from “Almost Famous.”

In this way, I think, the flood of criticism over the years (and I admit that I have contributed to it and changed my stance on its value many times) hasn’t been a commercial force so much as a cultural one, in that it has formed divides about what artists it is and isn’t “ok” to like.  But subscribing to the idea that Pitchfork or Resident Advisor approved albums constitute an objective outlook on quality naturally requires a strong filter, one that blocks out all the negative reactions and indifference toward said music. Virginia Woolf once hinted at this effect of a surplus of criticism, albeit through the lens of sales; there isn’t a general “opinion” of any work anymore; you’re just as likely to run into someone obsessed with the “classic” Aphex Twin album Classics as you are to find someone who has never even heard of it:

“Now that [the author] has sixty reviews where in the nineteenth century he had perhaps six,” she wrote. “[H]e finds that there is no such thing as ‘an opinion’ of his work. Praise cancels blame; and blame praise. Soon he comes to discount both praise and blame; they are equally worthless. He values the review only for its effect upon his reputation and for its effect upon his sales.”

She was talking about books, which are a bit different than albums, admittedly. The book industry, more so than the music industry, has much more infrastructure in place as far as critical institutions go. It is so hard to even know that a book exists, so publishers and critics have to create an enormous volume of reviews to foist upon the public. Critics can impact sales in ways that they can’t with music, albeit the effect is usually of tanking a book’s sales by simply not even reviewing it rather than trashing it publicly. 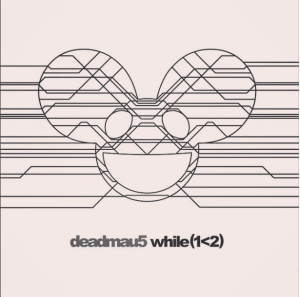 We’ll never know if this is one of the “greatest” albums of all time.

Travistan to EDM
There is one exception I can think of where music criticism rivaled book criticism for sales impact, although it occurred on such a small scale. Travis Morrison’s 2004 album Travistan was given a 0.0 (worst possible score) by Pitchfork, causing it and Morrison himself to become persona no grata in indie circles for some time thereafter. Of course, I listened to the album and liked it, which made me think: Why should anyone take a review seriously?

Elizabeth Gumport argued against reviews in a stirring essay a while back, saying that they basically assign absolute authority where it isn’t merited and actively devalue personal experience. It was such a relief, too, that she torpedoed the notion that works must age before they can be evaluated:

“The solution [to evaluation of art] is not to grant distant generations absolute authority when it comes to aesthetic judgments. That would be making the same mistake on a loftier scale – counting on time to tell us what matters. Instead of prostrating ourselves before the future, we should give our own experience its due.”

Whereas the book industry and the rock/indie ecosystem have a glut of reviews, though, electronic dance music has no equivalent. I went to Above & Beyond’s AGBT 100 celebration in New York last October, and the spectacle, like the band’s music, occupied a world in which no one seemed to care how anything would be reviewed, upvoted/downvoted, or given a public lashing in “The New York Times EDM Review” (wouldn’t that be cool).

Experience
I have written about the weird place of the album in EDM before, and paralleled EDM to early rock n’ roll. Perhaps the lack of a concrete, digestible artistic unit (like the book or album, as opposed to the sprawling live DJ set) hamstrings any prospect of mainstream EDM criticism, or maybe the genre is just too young (although this issue didn’t seem to hurt rap that much in the 1980s and 1990s).

But I think it’s about experience, in the way that Gunport alludes to. EDM, replete with free-flowing songs and epic running times, begs to be experienced – like meditation, or taking a long walk through one of New York’s parks – rather than consumed in the often strictly evaluative, analytical manner of rock music (much of which is listened to only so that it can be criticized! – an absurdity/non sequitur for the EDM listener).

EDM listeners have made their choices; the Protestant notion of reviewing (read Gumnport’s article for more on this) as an extension of absolute authority just doesn’t exist, since there’s both a more individual, independent aspect of the listening experience (i.e., I’m in the moment) and a collective one (i.e., look at all these other people enjoying this too on the floor). Sure, there are rock concerts and festivals that offer similar experiences – but the artists are often only there because of the criticism industry.