Writing is both easy and hard.

Easy
It’s easy insofar as it it routine. A sizable portion of the population can produce passable copy for the context at hand. Think email, source code comments, wordy Facebook status updates, epic Reddit replies/burns, or even letters to the editor. This writing is GTD writing. It can be learned, and it is the glue of numerous social processes. It neither calls out for nor merits much artistic assessment.

Difficult
It’s difficult because there’s so much noise. The ubiquity of GTD writing, the way it spans every context from the IT department to social media and becomes one homogenized blob (is there any job requirement vaguer and more inevitable than “writing/communication skills” ?), means that interpreting writing is hard. Much of it is barely even read – our familiarity with form and function leads to unconscious mental hacks such as: 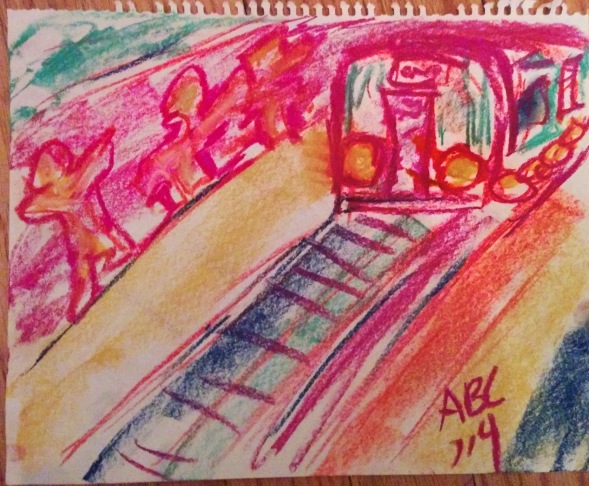 Interpretation suffers in each example because it either barely happens (#1, #3) or it is unevenly and randomly applied (#2), the aesthetic equivalent of a random act of kindness (more nearly meanness, in most real world instances).

The routine, humdrum quality of writing – anyone can do it, it has virtually no barriers to entry – enables this interpretative cage for readers and writers. Writing intersects with mundane parts of life more so than the visual arts, theater or even music, so escaping the trap with writing that is appreciated for its savvy, voice, and technical proficiency is unbelievably challenging.

Moreover, writing is everywhere and it only walls itself off from the noise of the world in forms such as the novel, poem, and especially the literal, physical book. Even in these modes, it is less well-differentiated from everything else than a giant painting, stage production, or symphony orchestra.

Le Mot Juste
Understandably, the everyday quality of writing has driven creative writers to agonize over literally every word. “Attention to detail,” another fundamental job requirement, makes explicit this social expectation that writing must be seemingly perfect in its word choices and grammar, as well as error-free. Such expectations are paradoxical: In a world deluged with so much writing that will never be properly interpreted, would-be interpreters profess to screen every last word, matching the efforts of the idealized perfectionist writer.

However, my sense is that current norms around writing are actually not so fixated with such pristine craftsmanship and artistry. What they really value is word choice and terminology:

Gustave Flaubert, the French novelist best known in the Anglosphere as the author of Madame Bovary, epitomizes this overarching challenge of word choice. His exacting attention to style spared no sentence (he told George Sand that he wanted to avoid assonance whenever possible, a tactic usually confined to poetry). He was always in search of “le mot juste” – the right word. This habit made him one of the least prolific great writers of the 19th century. He definitely would not have condoned “done is better than perfect.”

Translation
Flaubert’s world was one on the cusp of industrialization and globalization. The 19th century Madame Bovary was a French novel created with no expectation that it would someday be available the world over in many languages. Urban Dictionary chimes in:

Certainly, literal translation is the enemy of any style dependent on deliberate, belabored word choice. The tools of one language just don’t have 1-to-1 equivalents in another. My French isn’t great, so I’ll look at Greek. Take the opening lines of Plato’s Apology:

The first is literal, the second more interpretative. Either way, plenty is lost. The literal translation has to contort syntax into something that sounds weirdly unnatural in English; but in Greek, syntax is secondary, since the language is inflected.

Even the interpretative one cannot convey the key “men” particle from the original, which often serves as one half of a “on the one hand…on the other hand” construction, the other half being “de.” Much of the time, it isn’t translated at all (probably wise: it adds a bunch of extra English words), yet its power is undeniable: the reader essentially waits for the other shoe – the “de” – to drop. Plato pauses after the “hoida” before delivering the “de,” in an artistic construction that English cannot easily duplicate.

Enough Greek. I only look at literal translation because it can tells us much about how word choice struggles against any reader’s knowledge and disposition. While it certainly won’t come through intact when the reader doesn’t know the mother language, but it also faces obstacles even when the writer and the reader are on the same linguistic page. The interpretative habits I described above are akin to automatic “translation” of writing – even in English, by readers literate in English – into something digestible. “TL;DR” is very much an exercise in such translation.

The writer’s task, then, is finding a way to resist such translation and commoditization. This undertaking feels like the underlying challenge of all writing, from IT white papers and emails to poems and long-form fiction.