How to Save Battery on Android

Batteries suck. Before Farhad Manjoo made it cool to point out the conundrum of faster network speeds bumping up against the limits of Li-Po/Li-Ion batteries, I posted my own skepticism about how LTE and other “advancements” in mobile technology were necessarily hemmed in by the relatively poor state of batteries. Even a device as carefully crafted as the Nexus 4 can struggle when confronted with a power-user’s layering of music playback, social networking, news readers/RSS clients, and document/photo processing. And even the iPhone 5, despite Apple’s own claims, is no hero in this regard.

On Android, these battery issues are compounded by the OS’s relatively loose restrictions on what apps can do. Whereas iOS tightly controls what any app can do while active or suspended (in the background), Android apps are often free to continually wake-up the phone even during sleep and in turn tax its already inadequate battery. With that in mind, let’s look at five relatively simple steps for getting better battery life:

How many apps do you actually use? The number is probably smaller than the number of apps you currently have installed. If there’s some game that curiously needs access to your call logs,  an ad-filled video app, or reader that you haven’t touched in ages, then please, please uninstall it! God only knows what it’s doing in the background while you (and your phone) are sleeping.

2. Use a Battery Manager

These tools are a dime a dozen, and some of them are sketchy. I recommend Battery Widget Reborn, which is a paid app that pins a battery percentage level to your status bar and lets you set automatic “night mode” or Airplane Mode times (it can’t put the phone into Airplane Mode on Jelly Bean or later, so it does a less-comprehensive “night mode” instead, which is similar except you can still receive calls/SMS). It also estimates battery life time remaining and gives helpful statistics about average battery life, as well as deltas for how long it takes for 1% of the battery to dissipate. Also includes a flashlight, in case you ever need that (and don’t have a flashlight app/real flashlight already).

Disable Vibrate When Ringing and everything below it.

There are no Good Vibrations in the battery-life world. Vibration is a gimmick that is both annoying and relatively hard on your battery. But avoiding it isn’t as simple as just changing your ringtone – you’ll also need to disable all haptic feedback and other input-related vibration, which luckily is easy to do on Android 4.0+. Simply open up Settings -> Sounds and disable Vibrate When Ringing, Dial Pad Touch Tones, Touch Sounds, Screen Lock Sound, and Vibrate on Touch, too. Individual apps may also have their own settings for vibration notifications, too, so you’ll need to enable them as well. 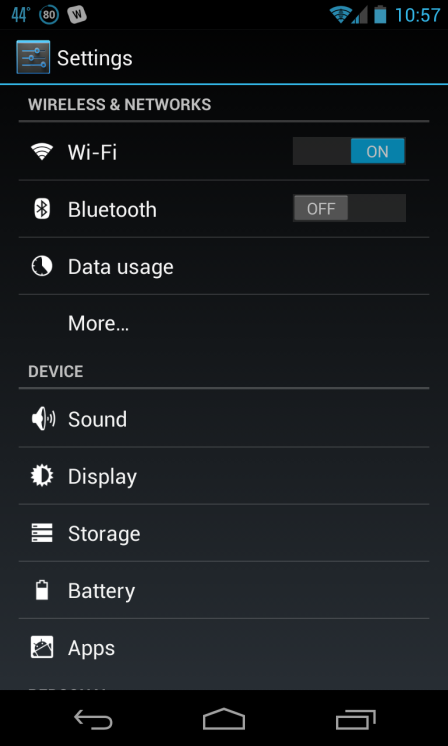 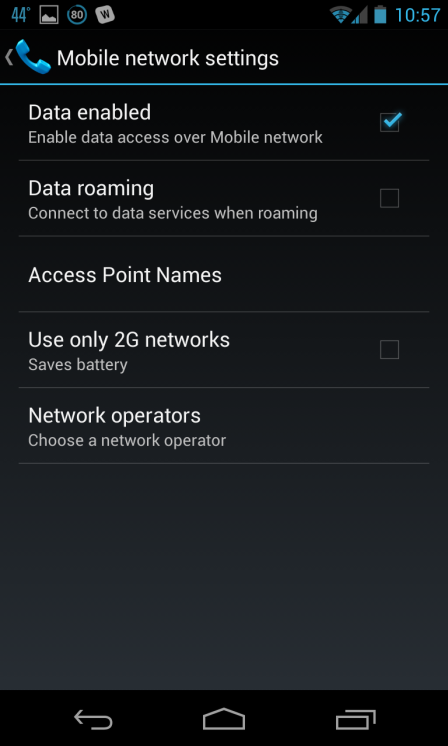 Select Use Only 2G Networks

3G (to say nothing of LTE) is a battery hog. It requires a high level of power and is always seeking new signals to optimize its strength. If you don’t need blazing fast speeds for apps like Google Now/Maps or for your Web browsing, then don’t be afraid to enable a 2G-only connection under Settings -> More -> Mobile Networks -> Use Only 2G Networks. This can improve that aforementioned 1% battery delta by an astonishing 2-3 minutes. On AT&T, this means using EDGE, which is hardly “fast” if you’re a speed demon, but does just fine with email or light Web browsing.

5. Pay for Your Apps

This may seem like an odd suggestion, but free apps are sneaky. They trade their low, low price for all sorts of ad-running, tracking, and other inconspicuous means. Facebook is absolutely criminal in this regard: it’s one of the most battery-intensive Android apps out there (Google+ is, too, but is a bit harder to detach from the stock Android experience due to its outstanding Instant Upload and Hangouts features). Twitter is, too, which is why I recommend using a Twitter client if possible, since they refresh less often and don’t require nearly as much sync maintenance. And if possible, you should pay for your apps: paid apps are often higher-quality and more transparent in what types of permissions they require and which tasks they perform.